Status
Not open for further replies.

Hello And It's me again kageyoshi, This tournament Will take place on june 20, So that everyone have some time to make their teams, What is the ''Legend who marked us'' tournament? Unlike what you'il think, it's not a legendary pokemon tournament, it's a tournament that make use of the trainers Who marked the pokemon universe, weither they're gym leaders, elite fours, league masters, Rivals, main characters, player characters, etc. (Red is a good example, even professor oak can be used!) So the max level allowed is 60. you'Il bring 6 pokemons althought you can choose a trainer who' have less than 6 pokemons, I'll arrange things up before battles, so that it remain fair.
Restrictions
Restricted Pokemons
Slaking Is Banned (for obvious reasons)
Legendaries Are All Banned.
rhyperior=banned
Restricted Moves
Focus Punch
The Starters Ultimate Moves (EX: hydro cannon)
Giga impact
Hyper beam
Rock Wrecker
Fake Out
Honestly Any Moves Who's base power is over 130
Thunder Wave/paralysis inducing moves, Are Banned because it create infinites setups and we don't want that. same reason as fake out.
Sleep-inducing moves:Banned as well because.. it's a infinite.
Confusion-inducing moves, Now we,re talking about moves like confuse ray and such. not the move called Confusion.
false swipe
Additional Rules
Rounds And Extra.
So, There'il be three rounds, all three happen on the same day, First round is a Knowledge Test,
The more you know about your trainer (without looking up on googles you cheaters!) the better it is, i'll give points depending on who has the most knowledge about the trainer that person chose,
Round 2
It's the battles, Obviously. one point per how many pokemons defeated, if you managed to defeat the entire team it's a 6 point, if you fail on the first poke, 0 point, if you beat one poke and fail the second one, it's one point.
Round 3
The Final, in this round, you lose points if you lose your battles, Just like you win a few if you win the battles
however this time it wont be per pokemon defeated. you gain a amount of point per trainer defeated. and depending on if you do it in certain ways (example if you flawlessly defeat an ennemy team you get bonus points)
Prizes
First place:Ambipom+probopass+Money
Second Place:ralts
Third Place:Tyrogue
in Conclusion
I hope you enjoy this tournament is made to thrill and give some fun to the rise players and even the mods/admins! This tournament is a bit special And well, i really hope we,Il get lot's of peoples. don't forget to register the trainer chosen in the comments/reply below. Enjoy And Have fun!
NOTE: anyone coming in with a restricted pokemon will be severely punished.
Due To Certain Problems, We'd ask Peoples To Register their team on this post before continuing, peoples who already registered May Register their chosen trainer and chosen trainer team for the tournament, but are not Forced to. Sorry For The Late Change, Thanks you And Have fun!
Tourney happened, was a mess. it's closed now. thanks to who came and battled. winner was kyreo kartana and cold.
Last edited: Jun 21, 2020 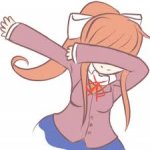 I choose Alder for Unova!

I am doing Prof. Kukui's team!

can i be all 5 kimono girls? would that work/be allowed?
Likes: chaitugss

shame none of them can learn fake out

i will do Brock
Y

i will do gary

Superb. Although max level 50 would've been better I guess 😅

i am quitting, the level is too high, sorry
K

Forget the tournaments, i'm leaving the game, everyone wanted this there you have it, Or maybe you'Il be sad because you cant Harass anyone anymore, YOu all wanted me gone, well there's you go. if i ever come back (Which i doubt) I'll resume the tournament. Goodbye Farewell Peoples who hated me for no reasons, farewells very very very few peoples that liked me and that i liked.

You're leaving because some people dislike you? That's lame, dude. You can easily ignore them.

As Of june 20 the tournament will happen i will come and host it personally althought don't expect more than the tournaments and the prizes.
H

Status
Not open for further replies.